Council Vision — The Promise Council will enrich New Haven by supporting New Haven Promise’s investment in Next Generation Talent – To, Through, And BACK – activities aligned with diverse pathways from middle school to college, career, and civic launch.

Babiak — Director and Branch Manager of UBS in New Haven — has been in the wealth management industry for more than 25 years (and with UBS since 2005). In addition to being a dedicated leader, focused on helping a team of financial professionals create and deliver unique solutions for clients, Babiak has been passionate about supporting causes and initiatives focused on children and education. A member of the Board of Directors of New Haven Reads – an organization dedicated to increasing the literacy skills of children — he volunteers weekly as a tutor. Babiak is also a mentor in the UBS/ACP Veterans Mentoring Program, which assists veterans transitioning from military careers to the private sector workforce. Originally from New York City, Babiak earned his business degree from The State University of New York. He and his wife Helen have three children. Send Andy an email.

Collins — the founder of Group C, Inc., a communication design firm in New Haven — produces content-rich projects, including New Haven Promise’s annual program and other collateral, as well as visual identity design. The New Haven Promise logo, which features the city’s famous nine squares, was designed by Group C, which Collins founded 30 years ago. Before that he studied physics, then English, then architecture — not the standard education for a designer and communication strategist, but great preparation for a problem solver who can grasp abstract ideas, is a great communicator, and, above all, is a strategic problem solver. Collins received his BA in English from Yale University and his MFA in Design from Cranbrook Academy of Art. He lives in New Haven with his wife, an architect, and two daughters. Send Brad an email.

Duster — Founder and CEO of Cormorant IV Corporation, LLC, a firm focused on improving effectiveness and sustainability for its clients — has also served as CEO of the CenterLight Health System, the largest not-for-profit program of all-inclusive care for the elderly in the nation. Duster began his career as a computer programming intern at Salomon Brothers, Inc., while still a Yale undergraduate. The economics major continued consulting there after graduating with honors and while earning his MBA and law degrees from Harvard University. Duster then helped build and lead the Mergers & Acquisitions practice at Wachovia Securities before his work led to a 12-year run as change agent on the boards of publicly listed companies in the U.S. and abroad. Duster has been active in a number of community-based educational initiatives and organizations, including the Maryland Center at Bowie State University and the Mentor Protégé Program Improvement Working Group at the U.S. Department of Defense. He and his wife Deborah are the parents of three children. Send Ben an email. 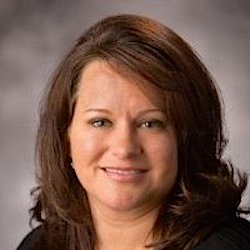 Giaccone — a human resources professional with two decades of experience supporting manufacturing, operations, marketing, sales, research and development in a large health care organization — began her career in Human Resources at United States Surgical Corporation. She is currently employed by Medtronic, a global leader in medical technology, services and solutions. Medtronic acquired Covidien in 2015, which was formed in 2007 when Tyco International separated into three publicly traded companies after multiple acquisitions of leading healthcare companies. In her current role as a Senior Talent Acquisition Specialist, she lead and support successful implementation of short- and long-term staffing processes to help build a more strategic and proactive recruitment model to drive business goals and objectives. Raised in Milford, Giaccone now lives in Killingworth with her husband and two children. Send Heidi an email. 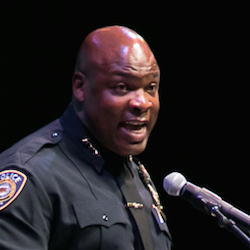 Higgins — Chief of Police at Yale University since 2011 — was named Director of Public Safety in 2015 and in his 20-year career with Yale, he has been instrumental in significantly reducing crime (breaking all-time records for crime reduction at Yale in 2012 and again in 2016). Chief Higgins has earned a reputation for driving sustainable initiatives that continue to ensure a safe campus and community by preventing crime, championing exceptional relationships, and building community trust through collaboration. He was appointed to serve on the Commission on Racial and Ethnic Disparities in the Criminal Justice System and the Police Officers Standards and Training Council. Chief Higgins holds a Master’s degree from the Naval Postgraduate School Center for Homeland Defense & Security and a Bachelor’s degree in Law Enforcement Administration from the University of New Haven. He is also a graduate of the FBI’s National Academy. Send Ronnell an email.

Lecky — Co-Founder and Board Director of HealthHavenHub and CFO and Co-Founder of HealthVenture — has had a long, successful career in corporate America and is devoted to developing diverse talent now in New Haven. Lecky’s firm focuses on incubating, accelerating, raising and providing venture capital funding to early and seed stage digital healthcare companies. A graduate of Yale University where she received her MBA with a concentration in healthcare, Lecky holds a bachelor’s degree in accounting from Temple University, a J.D. from Howard University School of Law, completion of a LL.M. Taxation curriculum from Emory University School of Law and a certification in private equity from the University of Oxford. In various roles with KPMG, Ernst & Young and Deloitte, she supported healthcare and financial services clients in the areas of finance and tax structures, mergers & acquisitions, due diligence, strategy and business development. In 2020, HealthHavenHub, in partnership with New Haven Promise, will launch Leadership & Entrepreneurship for Talented Youth (‘LEFTY’) for Promise scholars. LEFTY will enable scholars  to undertake an individualized entrepreneurship practicum guided workshops, lectures and projects they define, research and present. Send Donna an email.

McFadden found design while participating in the (formerly) all-male shop class at her school in small-town Minnesota. The best drafter in the class, her love for design continued to thrive and a passion for theater led her to design costumes, lighting and sets at the University of Minnesota, from where she graduated cum laude in Theatre Arts. Eventually McFadden returned to work on a Masters of Architecture. At Svigals + Partners, she seeks to create meaning through the artful expression of client and user experiences, goals and hopes. As facilitator and leader for user and community programming workshops, she steers the process toward well-defined construction priorities even as she identifies design options. McFadden — a thought leader in the design of safe, inspiring and meaningful educational architecture — led this process for both the Sandy Hook School in Newtown and the Engineering & Science University Magnet School at the University of New Haven. Send Julia an email. 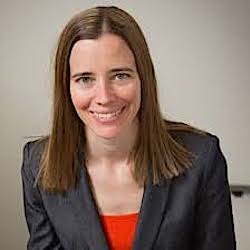 McTiernan — General Counsel of Grey Wall Software, LLC d/b/a Veoci.com, a rapidly growing tech company located in downtown New Haven — provides legal, strategic, human resources and operational leadership as the company seeks to scale up its national and international operations and market presence. Veoci is a web-and-mobile solution that enables team collaboration and response during crisis and disruptive events for various industries. Local customers include Yale University and the City of New Haven. Following her graduation from Yale Law School, McTiernan worked at Wiggin & Dana, where she focused on transactional matters for start-ups, non-profit organizations and emerging companies. An entrepreneur, she co-founder and served as executive director of CitySeed, a nationally recognized non-profit that has contributed over $22 million to the New Haven economy. Born in the Bronx, and raised in New Jersey, McTiernan has lived in New Haven’s Wooster Square neighborhood longer than anywhere else. Send Jennifer an email.

Mills — an Englishwoman by birth and one of the first women to attend Yale as an undergraduate — is the Director of several Connecticut Griswold Home Care offices. She was drawn to Griswold in 1993 after caring for her grandfather in his home. Since then, she has become a fierce advocate for the rights of the elderly and is well known in the legislative halls of Hartford and Washington. Mills has been published by a range of publications and has been the keynote speaker nationally and internationally for state medical societies, state hospital associations and the World Health Organization. She hosted Tea for Two, a public affairs radio show on CBS-owned WQUN, for 10 years and formed the LifeTales Foundation, which funds and trains aspiring writers who document oral histories and write short stories. The Yale School of Nursing renamed their Creative Writing Awards based on nurses’ journals in her honor. Send Lesley an email.

Scott — the current Executive Vice President for Air Handling Systems, a third-generation family-owned business in Woodbridge — is the Executive Director of the New Haven Manufacturers Association, which provides forums, advocacy, networking and educational opportunities for the industry. Scott joined the family business during his college years and his passion and history for the manufacturing industry has continued to solidify as he aims to create a pathway and support for students interested in the manufacturing field. Scott — who completed his Bachelors’ at Quinnipiac University and earned his MBA from the University of New Haven — also serves as the Vice Chairman of the Woodbridge Economic Development Commission. He has been named as Volunteer of the Year by the Greater New Haven Chamber of Commerce. Send Jamison an email. 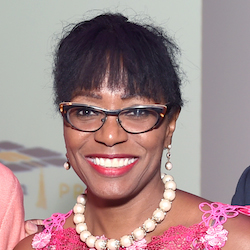 Patricia Melton — an award-winning, innovative educator — has increased educational access for communities across a variety of sectors including colleges, traditional public, pubic charter and independent schools. Now as President of New Haven Promise, Melton has implemented several initiatives to benefit New Haven’s youth, including the internship and career programs which are fulfilling Promise’s mission of a return on the investment in scholars. Prior to returning to Connecticut, Melton coached several small school design teams, which created nine Early College High Schools throughout Ohio and Indiana. She also served as the chief academic officer for the Evansville Vanderburgh School Corporation, Indiana’s third-largest school district. A native of Cleveland, Melton was the first in her family to attend college, earning a bachelor’s degree at Yale University and a master’s degree at Arizona State University. She was awarded an honorary Doctor of Humane Letters degree from the University of New Haven in 2018.

Betsy Weber — co-founder and director of Edge Development Group, a management consulting group — focuses on helping non-profits serve clients more effectively and efficiently. She is a board member of the Yale University Women’s Organization and on the advisory council for Havenly, a New Haven-based nonprofit that helps immigrant women become qualified to work in culinary professions in the city. Previously, she was president of the National Executive Service Corps, a New York-based consulting firm, helping nonprofits to improve their effectiveness. Weber was a Director of Write to Thrive, a nonprofit organization that develops effective writing skills among middle and high school students. Weber was president of the Connecticut chapter of the National Association of Women Business Owners, served on the organization’s national board and founded its International Initiative. Weber earned a bachelor’s degree in chemistry from Wheaton College in Massachusetts. 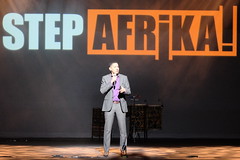 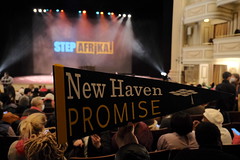 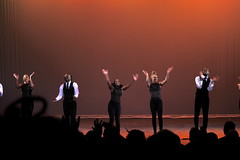 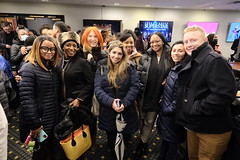