As New Haven Promise moves into a new phase, one that includes both alumni and career-enhancing internships, the new cohort of Promise Scholars are truly focused on the paid summer internships that are becoming in high demand.

Brown is excited about the connection to the Promise scholars and the work to give them “strong, relevant work experience so that when they do apply to entry level professional jobs, they have a really good chance at getting them.”

He also sees this as a wholly unique program. “During the past PromiseNet conference, there were dozens of Promise organizations throughout the nation, but I think this might have been the only one with a real employment component to it. I envision [the scholars] being that next wave of professionals that comes through and helps Yale and other organizations to achieve their goals. I believe the students are very bright, hardworking, they’re dedicated, they bring a lot to the table.”

Here are some of the stories about the experiences gained from this summer’s internships:

Working in the Yale University Art Gallery this summer has been all about thinking out of the box. And that’s exactly what Promise Scholar, Brittany Palmer, did throughout her entire summer. Placed as an intern at the Yale Art Gallery, Brittany worked in the Programs Department analyzing how institutions interact with the community at large. In the midst of her research, she, along with two of her peers, created the program “Out of the Gallery” to begin this upcoming school year.

Out of the Gallery is an afterschool program that is designed to support New Haven’s LGBTQ community that is based at the Yale Art Gallery. The youth are to be given mentors who have come to embrace their identities and are willing to give advice, suggestions, and special assistance if needed. Setting up the program, however, was an intense process. “We spent about two weeks work- shopping the program, trying our best to work out any kinks and grind out what we wanted it to be in a manner that would benefit both our agenda and the Gallery.” After generating this document, Brittany and another Promise Scholar, Annissa Carter, presented it to a board of Art Gallery employees and curators, eventually gaining approval.

Palmer will be coming out of her internship spearheading a brand new program for students in the Elm City as well as a variety of new assets. She has expanded her knowledge of Excel, HTML coding, website redesign, research, formatting spreadsheets, and most of all, she has learned how to be more independent on the job. “They tell you what they want and it’s up to you to figure out how it’s done… you’re the sole driving force.”

As a rising sophomore at the University of Connecticut, Jason Boyd knows a thing or two about working hard to get results. Boyd was originally a Passport to Promise recipient, a program which annually selects 20 students who had fallen short of New Haven Promise’s GPA requirement and provides them with another chance to gain the full benefits of a Promise Scholar.

Boyd needed to maintain full-time status as a freshman and have a C average to move forward as a full Scholar. Instead he exceeded expectations, posting a 3.5 grade-point average for the year. He also sees the benefits of being a Promise scholar on his path to success. “Promise provides a community where I can talk to individuals about the things I’ll need,” he said.

That success positioned him to become one of the 56 interns placed this summer in paid internships around the city. He recognizes that working at the Yale Information Technology Services — which, like most of the internships, features a traditional 40-hour week — has provided him with exposure that he would not have gotten otherwise. “All of my past internships have given me some experience of a work environment, but not as much as this one … what makes the best internship ever is the realism.”

One of the biggest projects Boyd has worked on this summer was planning a retreat. He, along with other interns and employees at Yale ITS, had the task of improving the communication between the different technology services in the different parts of Yale’s campus. Ensuring that this retreat was going to be effective required confidence in public speaking and written communication — two skills this scholar has sharpened through this internship.

All of my past internships  have given me some experience of a work environment, but  not as much as this one … what makes the best internship ever is the realism.

Now nearing the end of the internship, Boyd was looking towards how his summer experience can transcend these newly acquired skills into his college career and beyond. “I don’t know exactly what I want to be after college,” he said. “However, many of my experiences in life, specifically this internship, have shaped what I will pursue in terms of having a computer science minor, having more technology internships, and what I want to do after college.”

“I’m thankful to have received this internship because I probably would have been filling out job applications.”

There were dozens of cubicles covered in sticky notes that were mostly lit by the several computer screens being used on any given desk. Our first stop was the kitchen combined with a lunch space on the fifth floor of Yale Information Technology Services. The white-board painted walls were covered in short phrases and colorful doodles. Then we explored the remaining floors that shared similar materials that were used to create unique structures.

Like every other employee, an intern at Yale ITS is also responsible for dedicated time and focus to their project assignments. Every week the interns meet with their manager and share where they are on the project and what else has to be done. There is no time for laziness. So far, Yazmin Rosas (with the help and support of her manager) is working on improving the aesthetic and functionality of the newly established Microsoft SharePoint 2013.

Rosas, like many Promise Scholars is a first generation college student which comes with many pressures and expectations. “Everyone looks up to you and thinks highly of you…I just don’t want to let anyone down,” is a common sentiment that many students state when they are the first to pursue post secondary education unlike most members of their family, but for Yazmin, the pressure is doubled because she is an aspiring scientist. In her freshman year of college alone, she’s already had two STEM (Science Technology Engineering and Mathematics) classes where she was the only girl in class. She describes several instances when she got strange looks from her peers but very soon got comfortable in the classroom because she was so interested in the material being taught. “Overall, it feels great because I’m starting to see more women getting involved in science.”

Now going into her sophomore year of college at Quinnipiac University, this Scholar is going back to school with a whole new skillset. “Before I arrived to Yale ITS I was more shy than outspoken. I was not fond of public speaking, but I have improved in that aspect. I attend Yale Toastmasters at Yale ITS and I have learned a few techniques that have improved my public speaking skills. Now,

I don’t mind speaking in public – yes it’s still a bit scary speaking in front of a large group, but I have learned to maintain my anxiety and be comfortable with myself and others.” Along with public speaking, Rosas has; learned Microsoft Visio 2013, professional development skills, computer programming skills, website building, and resume building. She is confident and excited to continue her college career and accredits that to the information she’s accumulated this summer. 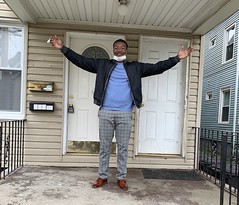 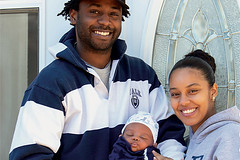 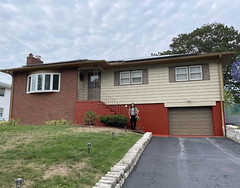 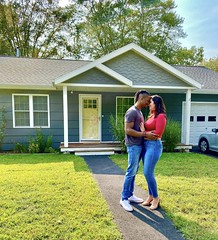