“Students are in need of adults in the schools who look like them.” Recent college Western Connecticut State University graduate Jahki Manley (Amistad) echoed the sentiments felt by educators and families alike, across the nation.

From the pre-kindergarten to the post-secondary level, there is a shortage of minority teachers. Leading a local conversation of how to tackle this void is the educational advocacy group, Connecticut Coalition for Achievement Now (ConnCAN), which has hosted forums, collected statewide data and continuously pushed for an increase in the hiring of minority teachers and administrators throughout the state.

“This is a critical issue because more than 40 percent (statewide) of our students are of color, yet fewer than 10 percent of our teachers are of color,” said ConnCAN CEO Jen Alexander.

Senator Gary Winfield — a New Haven representative — serves as Vice Chairman of the Minority Teacher Recruitment Task Force, one birthed from of the Senate Bill 379. Winfield, along with his colleagues, gather data to bolster support for the initiative and in the Elm City, New Haven Public School leaders have also taken a keen interest in the development of locally cultivated talents to serve as educators.

Some Promise graduates have already begun to address that need with most starting their careers as educators in New Haven public schools.

Connecticut College graduate Danielle Palmieri (New Haven Academy) returned to the city to begin her career as an English teacher at James Hillhouse High. “I wanted to go to a city in California or New York, but as I came close to graduating college I just felt myself really missing and being drawn back to New Haven,” Palmieri told the New Haven Register.

Her instinctual connection to the city only made it natural for her to intertwine the interests of her students into lessons that explore the depths of humanity. After a successful year at Hillhouse, Palmieri is expecting to attend the International Institute for Restorative Practices in the fall of 2016 to study academic and emotional circles in the classroom and how to better exercise disciplinary practices.

Over at the NHPS Choice and Enrollment Office, is Quinnipiac University alumnus Erving Xochipiltecatl (Career) He fiercely expresses this commitment New Haven and its students have, in the hopes of providing the best quality education. Xochipiltecatl attended this year’s internship fair on behalf NHPS looking to recruit equally as passionate Promise Scholars who share his love of education. His loyalty lies with his desire to bolster morale throughout the city.

Working on the other end of the spectrum is Manley, the WCSU graduate who is going back to where his education career started — in Achievement First schools. Manley had no intentions of entering a field of education, but his old teacher and Dean at his high school convinced him to be a student behavioral specialist. The beginnings of his job training included making home visitations and staff meetings where Manley reports have brought out a part of him he did not know he had. “I feel like I’m giving back in a different way.” Excited for the new school year ahead, Manley is ready to meet the students he hopes to inspire.

Also working at Achievement First is Yale graduate Anabelle Marty (Amistad), who unlike Manley always envisioned her future career in the walls of a school surrounded by young bright minds. “Ever since I was a little girl, school was one of my favorite places in the entire world. For some reason, I always knew I wanted to become a teacher.”

Marty was able to feed this instinct when she attended a service learning trip in the Dominican Republic. Working in the Batey Libertad community through the non-profit Yspaniola, Marty was able to observe the need for the educational social justice movement to fight against poor education policy. She came back with a stronger fire and enrolled in Teach for America, where she completed her summer training before starting at Amistad Academy as an elementary school teacher.

Now on the verge of finishing her Bachelors’ in Sociology with a Criminal Justice concentration and Spanish minor, Jorgieliz Casanova (Metropolitan Business Academy) is expected to complete her undergraduate degree at Albertus Magnus College in the spring of 2017. “I made the choice to go into teaching because I believe greatly in New Haven students and their ability to do amazing things.” As a product of the New Haven public school system, Casanova’s ability to relate to her students will be multilayered as well as cross-cultural. 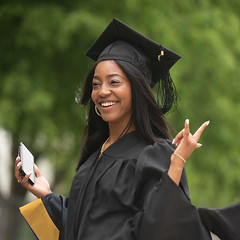 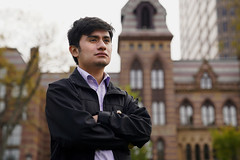 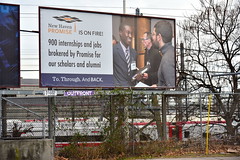 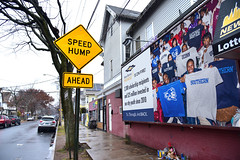