Shortly after I graduated from college, I landed a sales position in corporate America — a large telecommunication company — making more money than I could ever imagine. As any recent graduate should have been, I was happy to have a job and utilize my degree, and yet I knew I wasn’t fulfilling the highest expression of myself. I had mentioned that to a staff member at New Haven Promise — that I aspired to be more involved in my community in a profound way. That began a process that led to an interview with the Community Foundation for Greater New Haven… and then a job offer.

Prior to my start at The Foundation I had never heard of a community foundation, let alone understand its functionality and the integral role foundations play for the members of its community. The only connection I had with The Foundation was through New Haven Promise. I knew as much as they were responsible for the check disbursements for the scholarship and that was pretty much all.

I had no idea that almost a year and a half later I would be sitting across from the President & CEO Will Ginsberg as a member of the development team. I would soon learn that The Foundation was the invisible thread of the community and that I was meant to be there.

As a member of the Development, Stewardship, Donor Services and Communications team, I am charged with providing services to multiple audiences, supporting development activities and special projects and performing prospect research. During just a short time at The Foundation I learned more about my community and what it means to be a true philanthropist than ever before.

It is a truly humbling experience to come into work each day and become immersed into a community of individuals who are committed to creating positive and sustainable change in Connecticut’s Greater New Haven region. Beginning with donors, The Foundation is responsible for building trust and carrying out the intent of the donor. This may take many different forms.

For instance, it could be by setting up a scholarship fund in one’s memory, or ensuring health and wellness to those in need. By honoring the wishes of past donors and collaborating with current donors The Foundation inspires others in building a stronger community.

During my first couple of months at The Foundation I had the wonderful opportunity to be apart of the community reviewer process where I learned about the mission and work of the great non-profits in the region. That work is enabled and expanded through the generosity of donors and exceptional investment strategies at The Foundation, which is also able to grant money to strengthen our local non-profits. In essence, it’s money in, money invested, money out.

What I love the most about working at The Foundation is the opportunity to appreciate true philanthropy. Philanthropy at its core means “the love of humanity, in the sense of caring and nourishing, it involves both the benefactor in their identifying and exercising their values, and the beneficiary in their receipt and benefit from the service or goods provided.”

It isn’t about being super wealthy, instead it’s about giving what is you have been given. It is my goal to someday start a fund at The Foundation. I am honored every day for the privilege to be a part of a community that is beyond me. I was meant to be here.

Kelli Gibson — a 2016 graduate of Central Connecticut State University — was a Development Associate at the Community Foundation for Greater New Haven. She has since begun graduate studies at the Yale Divinity School. 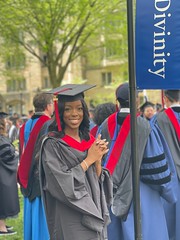 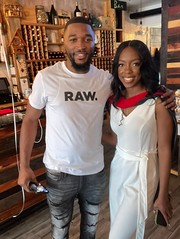 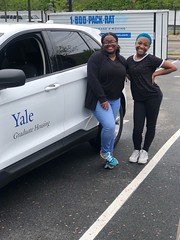 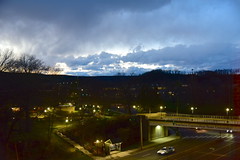